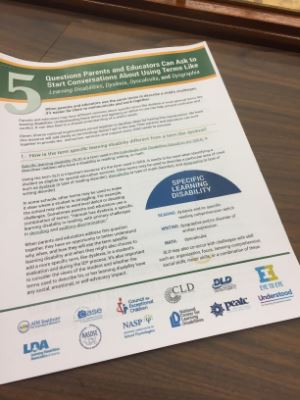 Lynam participated in networking and panel discussions on Monday including presentations by organizations such as Made By Dyslexia and the new National Center for Improving Literacy. On Tuesday, at the 2nd Annual #SayDyslexia Rally, Lynam was asked to deliver closing remarks thanking all the hard-working volunteers who've been advocating so fiercely in their own states to bring awareness and resources for dyslexia into their local schools, communities and state legislatures.

The event came to a close on Wednesday morning with the annual National Center for Learning Disabilities Congressional Breakfast where four Congressional Representatives, including dyslexia caucus co-chair U.S. Representative Julia Brownley from California, confirmed their support for students with learning disabilities.

The breakfast also featured the release of a new resource spearheaded by NCLD in collaboration with 11 diverse national advocacy organizations including the AIM Institute called "5 Questions Parents and Educators Can Ask to Start Conversations About Using Terms Like Learning Disabilities, Dyslexia, Dyscalculia, and Dysgraphia." It was an honor for AIM to participate on the national workgroup developing the document and to now see the final collaborative product! 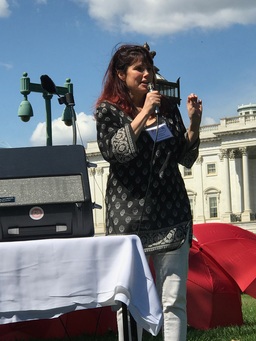