AIM's Mountain Bike Team has started its inaugural season off with a packed schedule of practices and meets as part of the Pennsylvania Interscholastic High School League bike racing season. At the season opener in Elkton, Maryland on September 10th, 10 of the nearly 400 student-athlete riders lining up at the start were Upper Schoolers.

The Pennsylvania league boasts more than 560 registered athletes. But while most Pennsylvania teams are composite of student-athletes from a particular region who attend different schools, the AIM Academy Mountain Bike Club consists exclusively of AIM students from zip codes from Philadelphia to Exton. It is a true Wolf Pack crew.

In addition to the NICA team, AIM offers middle school students a chance to ride before classes through a unique elective program. Thanks to a Specialized Foundation grant, the school implemented the Riding for Focus curriculum in 2016 that helps students achieve health, academic, and social success.

AIM Head Coach Anne Rock, who also serves on the PA League's Core Leadership Crew, believes passionately that cycling belongs in schools. "NICA's core values of inclusivity (no tryouts) and equality (nobody sits the bench) align with our beliefs as a school that quality education should be available to all students, regardless of differences. Not everybody can sustain running or swimming long enough to reap benefits, but everybody can bicycle. It's good for ever body." 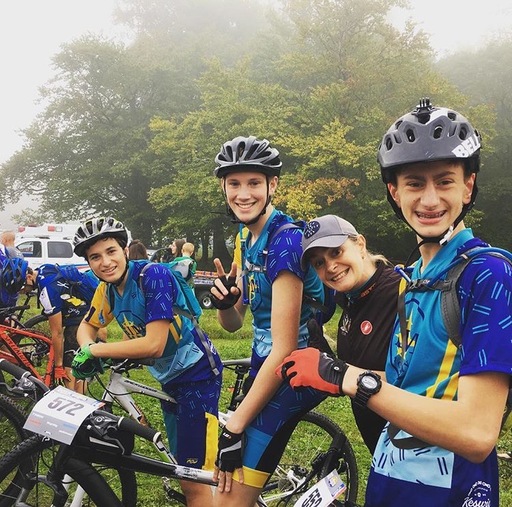